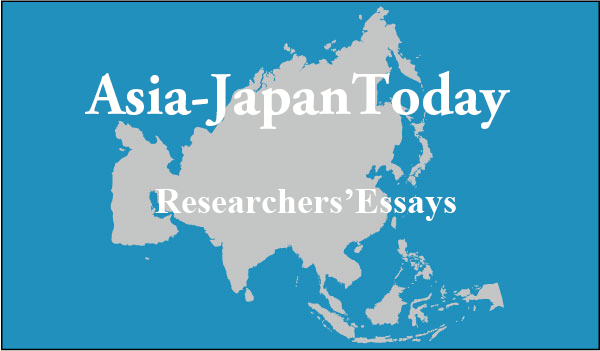 Life between Searching for the Classic in the Cyber Space and Going to the Field: My Studies on Islamic Economics in the Middle East and Southeast Asia 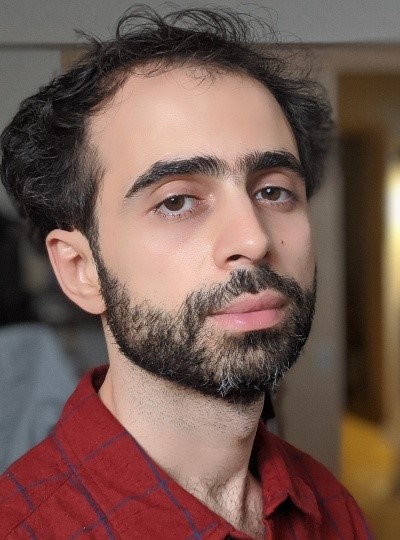 More than 12 million people have been infected with COVID-19, a global pandemic, and more than 540,000 have been killed so far. The United States, Brazil and India are among the countries most affected by the disease, but the infection is also spreading to the Middle East, including Arab countries, and to the Islamic countries. Even in Syria, where I am from, information is limited due to the civil war, but according to reports from acquaintances, the number of people infected has increased considerably.

I myself live in Japan, where the number of infected people is relatively small, but it has had a great impact on my work, and I am worried about what will happen in the future. In this series of essays, other researchers have written about their worries that field-based researchers were not able to go to their fields and that their research had been hampered.

In that respect, my situation is the same. Recently, I have been doing field research in the Muslim countries of Southeast Asia (Malaysia and Indonesia), but from around March of this year (2020), we have not been able to travel from Japan to their countries and they have not been able to come to Japan, so I feel stressed by this difficulty.

My research approach, however, is to connect classics with modern studies, so things may be a little better for me than those who focus exclusively on research in the field. Classics here refers to Islamic literature written in classical Arabic.

I was born in Aleppo (Halab in Arabic), an ancient city in northern Syria, and attended Damascus University in the capital, for both my undergraduate and graduate studies. The university's Faculty of Islamic Law is considered one of the prestigious academic centers in Syria and throughout the Arab world.

It seems to me that countries of the world vary widely in respect to their historical depth. Some of them have a long history, and even in the present day, their society is rooted in a deep, multi-layered history, while there are others like America which seem young and energetic (though I've never been there), but where history does not seem to carry much weight. It has been nine years since I first came to Japan. By living in Osaka and Kyoto, I often feel that Japan is a country with a long history and I sense its gravity. Kyoto especially seems to me to be a similar city to Aleppo and Damascus in that regard.

At the University of Damascus, I studied Islamic law, Hadith studies, and Tafsir studies (the study of the interpretation of the Holy Quran). The academic tradition of these classical knowledges continues to this day. However, the major works in these sciences date from the 9th century to the 18th century. This means in Japanese historical terms that many of them were written from the Heian period to the Edo period.

After starting my study in Japan, I began to do my research on modern Islamic economics at Kyoto University. I studied in a graduate school for Area Studies, so my focus was changed to contemporary studies. It is a field-based research where we conduct field surveys of modern societies.

Nevertheless, the Islamic economy is inseparable from the provisions of the Islamic Law. The most important event in modern Islamic economics was the creation of an interest-free bank based on the Islamic ban on riba (interest), which is also called Bank La Ribawi (non-riba banking). This new brand of modern finance would not be possible unless the prohibition of riba was clearly declared in the sacred book of Islam, that was born in the seventh century. In other words, Islamic economics exists because the legal provisions established in the seventh century still matter today.

Therefore, the Islamic studies that I have specialized in for a long time can be quite helpful for my study of modern Islamic economics. I have been combining the classical and the modern in my research. Not all studies related to Islam can do this. I think this is a peculiarity of the field of Islamic economics.

Some argue, on this phenomenon of free libraries, that the Arab world is less sensitive to copyright and intellectual property rights. This argument has a valid point. On the other hand, there is a deep-rooted belief that classics are intellectual common properties. Those who are engaged in the dissemination of classics online believe in this idea.

Today, famous classics can be found on any site, but there are important books that are not very popular. Hunting around the cyberspace for rare books is both my job and my hobby (When I was writing this, I came across the Japanese expression "game walk", which means to enjoy going around seeking books or other precious materials).

Even though the ease of finding classics helps me greatly, my current specialty is field-based Area Studies, so it is painful that I cannot visit my field. Until a while ago, I was able to combine taking classics out of cyberspace and going to Southeast Asia, but right now I'm stuck in Japan worrying about how long the "with-corona" situation will last. We researchers want to revisit the field as soon as possible, but the reality is that we can't.

I realize through my communication with acquaintances and information from cyberspace that COVID-19 has brought some major problems to the Islamic world. The pandemic has created the same medical problems everywhere, but in the Islamic world there are also religious and cultural issues.

It is known that Muslims pray to God five times a day. One can pray alone at home, but it is recommended to pray together in groups (Jamaʻah), so everyone goes to the mosque and offers prayers together. However, under the COVID-19 conditions, people are unable to gather. In other words, everyone is required to avoid the "Three Cs", the same as in Japan.

It is also common in the Arab world to shake hands and give hugs when greeting. However, it was said that this should be avoided as a corona countermeasure. In Islam, when such problems occur, we listen to the views of Islamic jurists. There was a debate going on for a while about whether we didn't have to pray together at the mosque or shake hands when we meet.

The experience of the plague was not new. It was documented in the early days of Islam. The "Black Death" in the medieval period is also well-known. A major difference between these instances and what we face today is that in the past there was less medical knowledge about the causes and transmission of diseases. In modern times, arguments by legal scholars are also based on medical knowledge, so avoiding praying in a group is not considered unethical in religious terms, when the preservation of life has a priority. On the other hand, there is a strong belief that Divine Decree determines the life and death of human beings, and some argue that it is not ethically good to restrict religious activities too much. One issue is how much priority should be given to prevention of infection, since preventive measures are not necessarily almighty.

In Japan, infectious disease prevention and economic measures sometimes conflict. It's easy to see that both dying from a disease or from an economic failure are matters of life and death. In the Islamic world, there is a conflict between the medical and social issues of infection prevention and religious ethics. I feel that this is one example of the cultural differences that make us work harder so that we can have a better understanding of each other.