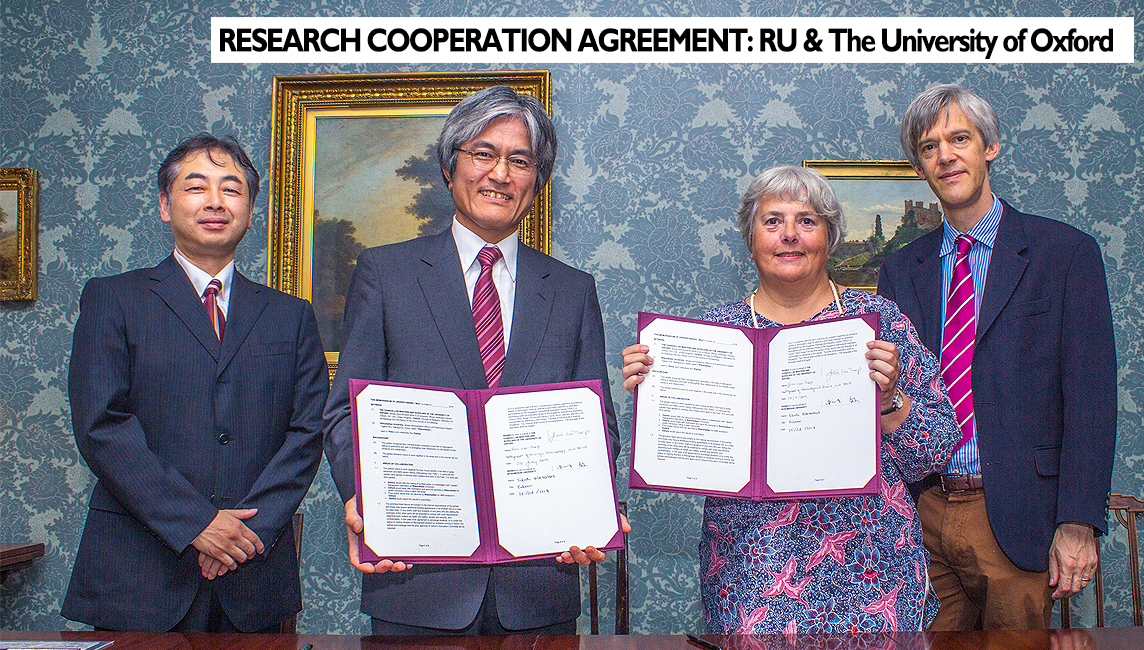 On July 25, the Research Center for Paleoclimatology in the Ritsumeikan University Research Organization of Science and Technology concluded a research cooperation agreement with the University of Oxford’s School of Archaeology to promote the further advancement of research in the fields of geology and archaeology.

Under this agreement, both universities will cooperate on the radiocarbon dating of pure pollen extracted from sediments, thereby enabling the dating of a more diverse range of sediments than previously possible.

The University of Oxford was represented by Professor Julia Lee-Thorp, Head of the School of Archaeology, as well as by Professor Tom Higham and Professor Christopher Bronk Ramsey of the Radiocarbon Accelerator Unit.

In her speech, Professor Lee-Thorp spoke of her hopes for the agreement by saying, 'To date, the University of Oxford and Ritsumeikan University have produced many remarkable achievements in paleoclimatology research, and going forward, we would like to share our successes with the global research community. I expect this partnership to significantly accelerate the advancement of the fields of archaeology and paleoclimatology.'

Professor Nakagawa meanwhile expressed his enthusiasm for future projects by saying, 'The scope of technological application under this agreement will be extremely large, and I believe our work will play an important role in helping to find solutions to many problems in the fields of geology and archaeology.'

Located in Oxford, England, the University of Oxford is the oldest university in the English-speaking world. It is a renowned world-class institution that has been 'educating leaders for 800 years'. In 2018, it placed first in the fields of Archaeology and Geology in the QS World University Rankings by Subject. 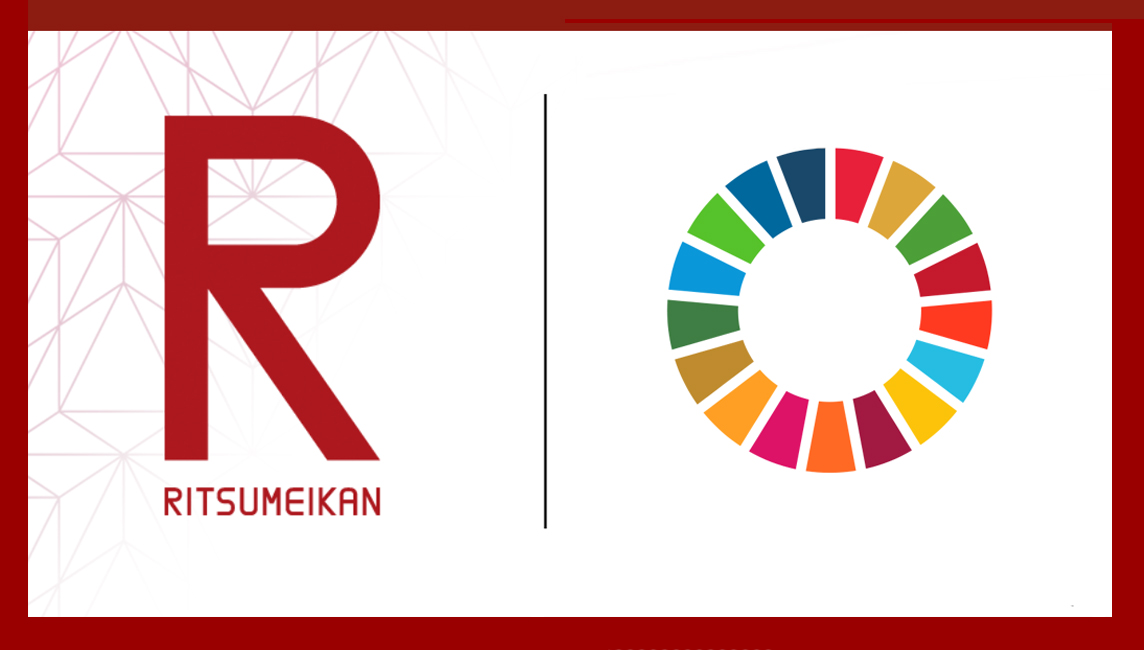