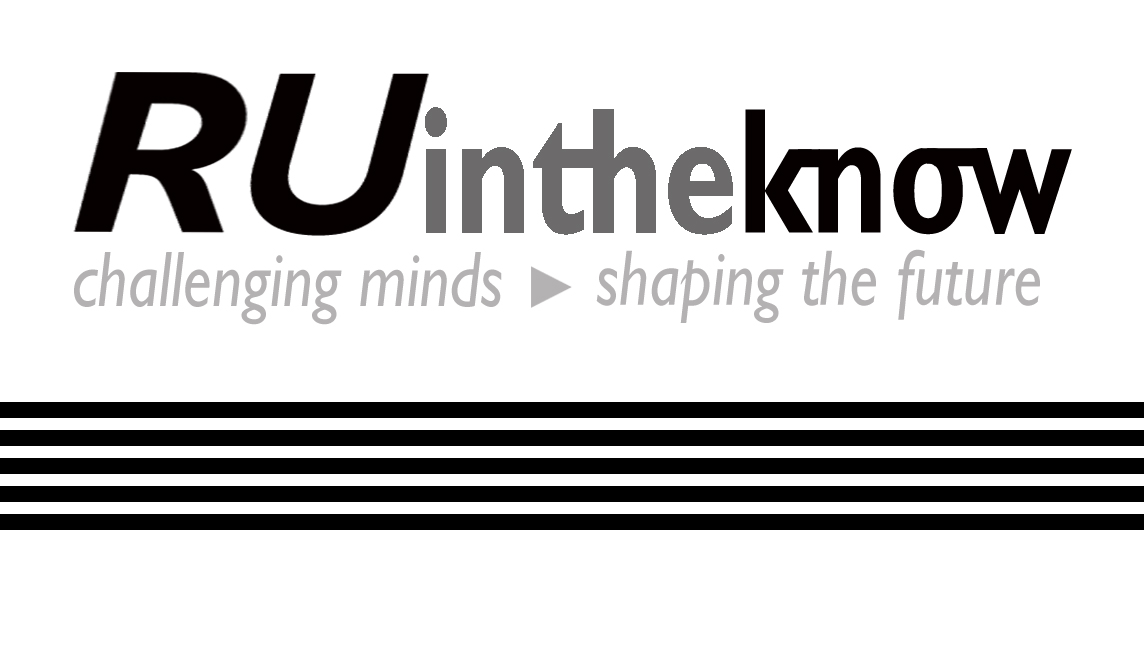 Perhaps one of the reasons Japan struggles in the global business arena is the barrier presented by rule-making. In recent years, the importance of non-market strategies, including the creation of laws and rules beneficial to one’s business, has been raised frequently, but Japanese companies are seen as not recognizing the significance of proactive rule-making as much as their counterparts in the West. There are many cases of Western companies, or companies from developing nations, forging into new markets and securing market share while Japanese companies hesitate because there are no established rules.

With globalization, however, the global standardization of rules in various fields is progressing at such a rate that companies must surely stop accepting defeat because they are not adept at rule-making.

In the context of the patterns of success laid down by the “rule-making superpowers” of the United States and the EU, this edition of RUintheknow asks: Is it possible to create universal rules for rule-making itself?

American hegemony is based on de facto rule-making

‘The robot vacuum cleaner market is a good example. Japanese companies were late-comers to the manufacture and sales of robot cleaners because of concerns that they could cause falls and fires, but American companies gave top priority to popularizing the product with the thinking that any problems could be solved through litigation. To this day, U.S.-based iRobot maintains an overwhelming share of the market around the world, including Japan.’

Passive about rule-making for a new market and afraid to deal with the friction stemming from new products coming into contact with existing regulatory systems, Japanese companies were unable to secure a dominant position in the domestic robot vacuum market – a market which is expected to grow to more than 2.2 billion yen by FY2020.

Professor Yamashita continues, ‘There are many cases in which the rules that the EU created for itself ended up becoming the global standard.

‘The most noticeable example of this is in the environmental sector. For instance, the EU formulated a piece of environmental legislation called the Restriction of Hazardous Substances (RoHS) Directive. Intended initially to only cover the EU member nations, the law placed restrictions on the use of mercury, cadmium, and other specified hazardous substances in electrical products.

Because manufacturers in Japan and the rest of the world were creating products for the global market, however, it would have been inefficient to create separate lots of products with different specifications just for import to the EU. This is why manufacturers around the globe now make all of their products to meet the EU’s standards, which are the strictest. This is how the EU’s rules end up becoming the global standard.

‘What’s more, the public and private sectors of the EU also work together to enthusiastically ‘export’ their environmental regulations to developing nations who are behind the curve in formulating their own domestic laws - another way in which the EU flexes its muscle in de jure rule-making.

‘In the fields of AI and robotics as well, where development is moving at a rapid pace and major business opportunities can be anticipated, the EU is maneuvering to secure a dominant position through rule-making. In 2018, the European Commission issued a proposal declaring the need to create rules for robots. The reasons for the EU making this first move toward creating legislation are twofold – firstly, it wishes to establish a foundation for ensuring that it will benefit from the economic impact of the AI and robotics industries; and secondly it wishes to establish a firm grip on the rules and regulations governing the AI-driven societies of the future.’


As opposed to the United States and the EU, Japan has given priority to technological capacity for manufacturing, focusing on securing dominant positions in the automobile, camera, and industrial robot markets, but now that the meaning of technological innovation itself is evolving, continuing this approach is expected to be difficult.

Professor Yamashita explains, ‘EU-style de jure rule-making is what Japan needs to refer to going forward. In the past, Japan may have been able to secure market share by making technological improvements to respond to existing demand more quickly and cheaply than anyone else; however, what is needed in today’s world, is a dual approach - the development of products and services to tap into unsatisfied latent demand, together with the identification of demand that not yet been recognized.

‘In addition to leveraging its technological strengths, Japan needs to propose a social design that incorporates new demand; yet the only really effective way to do so this is through rule-making - presenting a social design and, via a process of discussion, reaching a consensus on how to create a better society.

‘In other words, Japan needs to first present a vision, before putting the infrastructure in place to realize that vision - one and the same with EU-style de jure rule-making.’

Thus, it would seem we are now at a point where the Japanese companies that have successfully leveraged their advanced technical prowess to secure market share must now shift tack.

Naturally, Japanese companies have not completely ignored rule-making to date. There are also examples of companies that have secured market share by presenting a social design and employing de jure rule-making to that end.

‘Take the case of Yakult. Before it entered the Chinese market, it helped to establish an academic society focused on lactic acid bacteria and began spreading the message that daily intake of lactic acid bacteria contributes to health and beauty. By laying such conceptual foundations, the company achieved great success in China.

‘To give another example, Japanese companies retain more than 90% of the market share for endoscopes – devices used to test and treat patients with stomach and intestinal issues. The fact that Japan’s public health policy requires companies to ensure their employees undergo periodic health checkups has dramatically improved the endoscopic technologies employed by Japanese manufacturers.

‘The benefits go further when one considers that, in its use for the early detection of cancer and lifestyle diseases, endoscopy also reduces healthcare costs for society as a whole – thus also providing a model example of social design.’

Promising though it may be, are there any precautions to be taken when pursuing de jure rule-making?

‘To ensure that the visions and rules Japan presents can be accepted by other companies and people in other countries, Japan must persuade them that these rules are legitimate and effective. This is why it will be essential in the global community to present universal interests that transcend differences in history and culture to the people of the world,’ concludes Professor Yamashita.

Though the AI market offers enormous business potential, competition for market share in every country throughout the world is expected to intensify.

In such a world, in order for Japan to secure a reasonable market share, it will need to focus on rule-making of the kind that satisfies both its own interests and the universal interests of the people of the world. 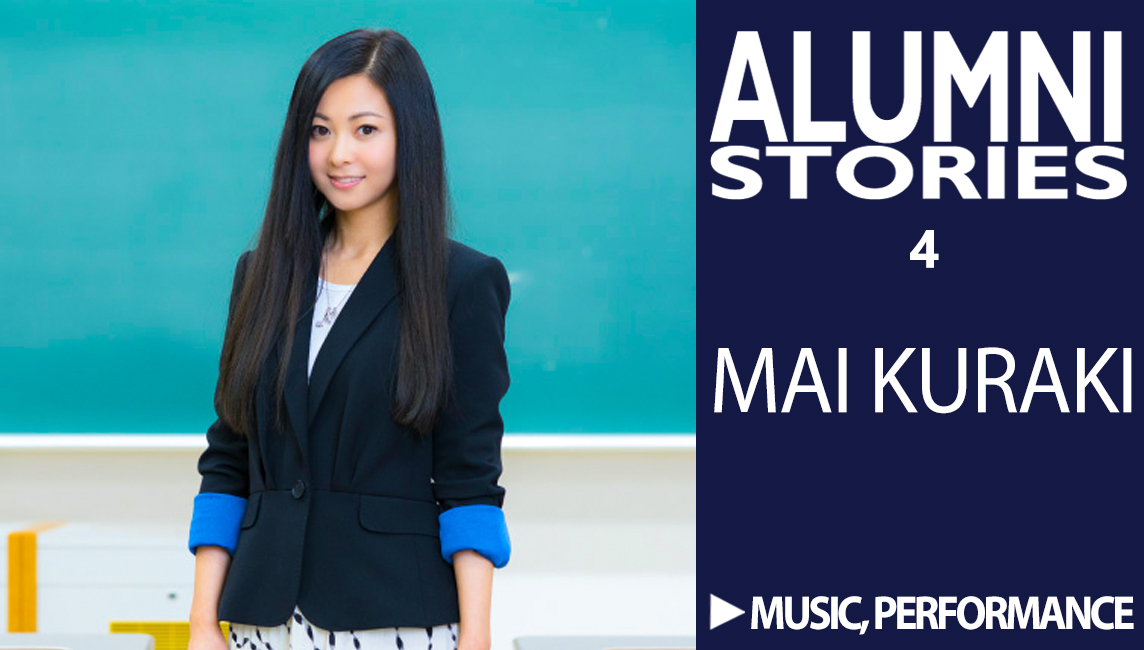