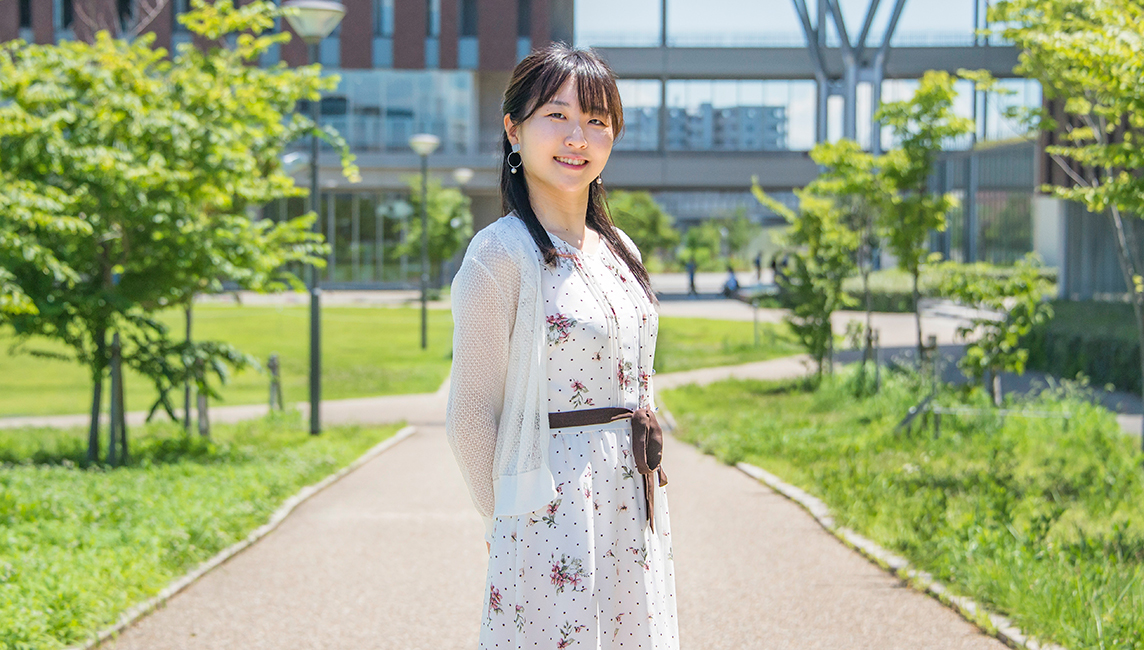 "Shogi is like a conversation. You can feel your opponent's emotions on the board. From their moves, you can feel their pessimism when they are not confident, and you can feel when they are relaxed and confident. I enjoy this kind of competition where you can read each other's emotions and personalities without exchanging words, and no matter how far I advance, this feeling is profound.” These are the words of Rei Takedomi, a female professional shogi player with the rank of 1-dan. As she further pursues her studies in the College of Comprehensive Psychology, she continues to compete in the tough world of shogi while striving to improve her ability to objectively analyze her own gameplay and emotions. She spoke with us about the path she has taken and her devotion to shogi.

By facing your weaknesses, you can become strong

"When I lose, to say I am frustrated is not enough to describe my feelings. In shogi, no matter who your opponent is, luck and the environment are irrelevant. Your ability to play the game is everything,” says Takedomi. To become a female professional shogi player, she has overcome many obstacles, and she is proud to describe herself as a “sore loser.” This personality has been the driving force that has supported her in her life as a competitive player.。

Her first encounter with Shogi was when she was five years old. She took an interest in shogi when her father and brother, who is three years older than her, were playing. She recounts, "I had never beaten my father or brother at anything before, but I enjoyed playing shogi because the rules of the game were fair regardless of age or gender, not to mention I could beat them.” Before she realized it, she was hooked on shogi. Recalling an event that was held in her hometown in Saga Prefecture when she was in first grade, she says, "My first game in front of an audience was hugely stimulating, and moreover, when I lost the game, I felt a kind of regret that I could not express.” The emotions she felt at that time made her even more passionate about shogi.。

A major turning point came when she was in the third year of junior high school. Up to that point, she had been focusing on piano, music, and her studies as well as shogi, but that is when she decided she wanted to become a professional shogi player. In high school, she traveled from Saga Prefecture to Tokyo twice a month to attend a training institute to become a female professional shogi player. Before entering university, she was promoted to 2-kyu and then again to shodan. After that, every time she had a game, she would bring her carry-on case to the university, attend classes, and then travel to Tokyo, returning to Osaka on the first bullet train the next day to attend classes again.

In the midst of her busy life, her love for the game grew even stronger, but at the same time, she recalls, “Because I loved the game so much, it was incredibly painful when I lost a match.” When I was confronted with my weaknesses and tried to ran away from them, I hated myself for running away." After overcoming this difficult time, she is no longer afraid to challenge higher-ranked opponents. She analyzes the factors contributing to her defeats and the differences in skill level in detail. "I don't want to experience losing a game of shogi ever again, but there is a lot of potential for growth when you lose. If you can calmly investigate why you lost and apply that to your next game, the loss becomes a source of inspiration, and a strong desire to win the next game wells up inside you.” Whenever she loses, Takedomi dusts herself off and continues to refine her strength of mind to overcome adversity.

I want people to know how enjoyable shogi is

"No matter how busy I was, I put all my energy into what was in front of me, such as my own matches, activities to promote shogi, and my studies,” explains Takedomi. Since she became a female professional shogi player, Takedomi has been actively working to popularize shogi by coaching games at elementary schools, appearing at events, and commentating shogi programs on TV. She works hard every day to spread the word about shogi. While honing her own skills, she places on importance on telling other people how enjoyable shogi is. "Before I became a female professional shogi player, I used to brim with excitement for events where I could see professional shogi masters and female professionals in person. Now, as someone in the position of telling others about why shogi is so enjoyable, I value every encounter. I want to keep telling children about this game called shogi that is really fun,” she says with a kind smile.

"Whenever I feel like I'm stumbling as a professional player, I remember my family, friends, and fans who have shared in my joys and sorrows and look back over my past efforts. I reset myself mentally and say to myself, ‘I can't let something as small as this set me back. The best is yet to come,’” says Takedomi. Now that she is in her last year of university, her conviction is strong: "By the time I graduate, I want to leave behind something that proves I have grown, even if just a little.” Her dream is to eventually win a title as a female professional, and she will keep working hard to achieve that goal. "The road will be difficult, but I will always stay aware of where I stand in comparison to the top players, and make every effort to close the gap one step at a time,” she declares. All eyes are on Takedomi as she boldly pursues her own path and keeps rising to the challenge.

Rei Takedomi, 4th year, College of Comprehensive Psychology
Takedomi graduated from Ryugoku High School in Saga Prefecture. She is the first female professional shogi player to hail from Saga Prefecture. She is a member of the Ritsumeikan University Shogi Club, and although she cannot compete in amateur matches, she says seeing her clubmates give their all at team competitions has been a strong motivator. In addition to shogi, she likes playing the piano and exercising. To maintain her health, she cooks for herself. To reproduce the taste of home, she sometimes calls her mom for advice while she is cooking. When she was in junior high school, she became interested in psychology thanks to her homeroom teacher. She is currently working on her graduation research project entitled “Correlation between shogi playing style and personality type.” 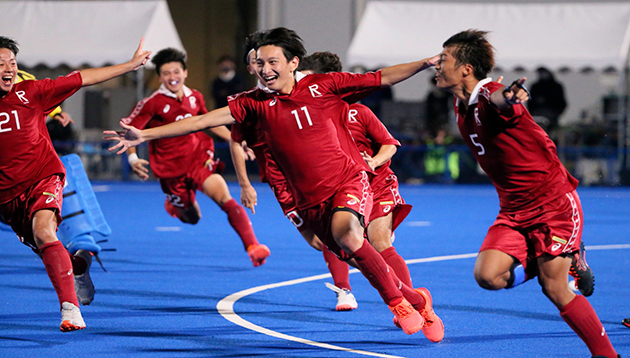 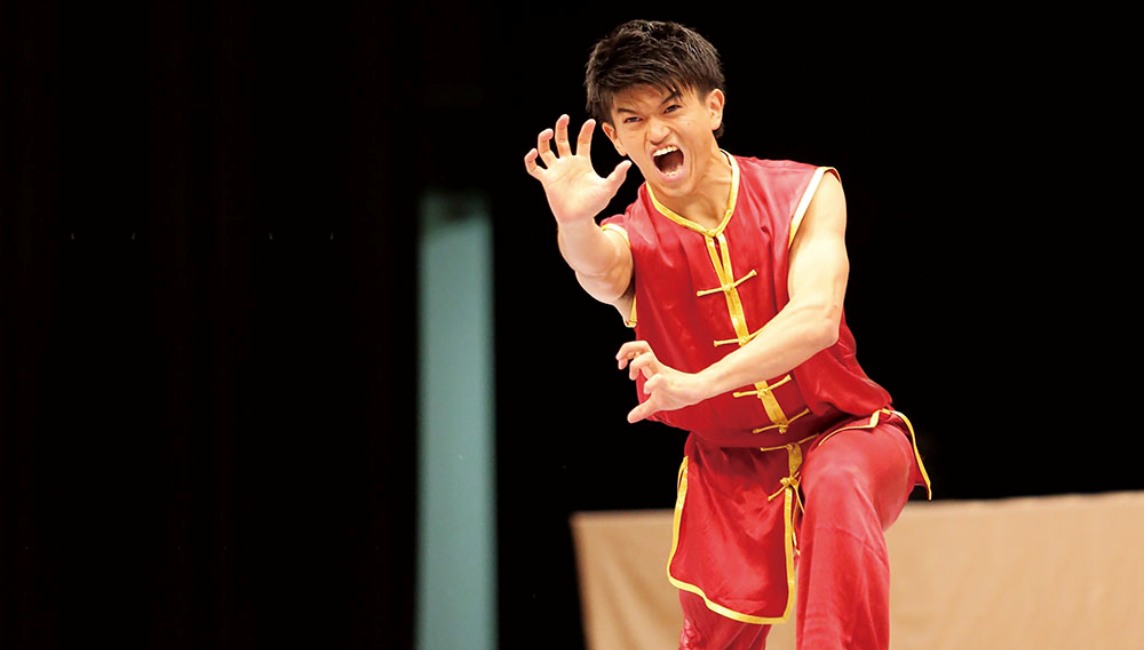 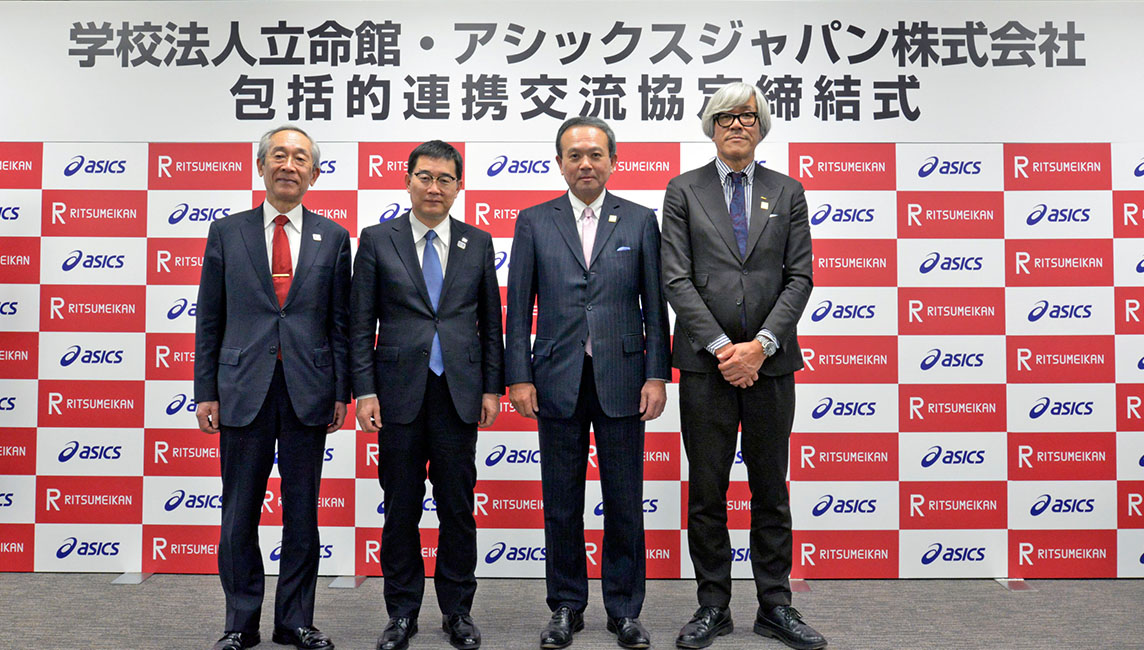