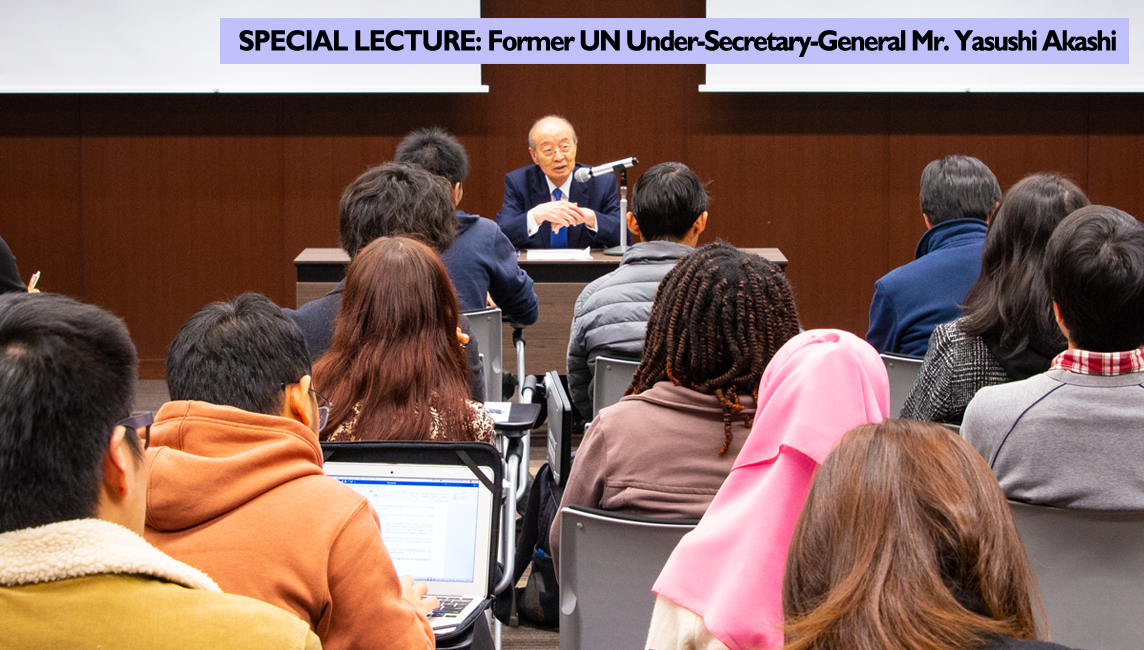 Over fifty students filled the intimate conference room on the first floor of the library to hear Mr. Akashi speak, in English, on the topic of ‘The Dynamics of UN Policymaking in Crises’.

Following a brief introduction by Professor Naoki Ishihara of the Graduate School of International Relations, Mr. Akashi began by talking about how he became the first ever Japanese professional member of staff at the UN in the light of Japan becoming the eightieth member of the organization in 1956; before going on to give a very personal account of the development of Japan’s role in the UN in the latter part of the Hammarskjöld era (1952-61).

Taking in major historical events such as the Suez Canal and Cuban Missile Crises, over the course of two hours the former Under-Secretary-General guided students on a fascinating and insightful journey through over sixty years of experience on the international diplomatic stage, including personal accounts of his leading role as negotiator in critical situations as UN Special Representative of the Secretary-General in Cambodia (1992-93), and the former Yugoslavia (1994-95).

The lecture was appropriately rounded off with an open question and answer session during which Mr. Akashi was asked about a variety of topics ranging from the highly personal, in the form of whether he held any lasting regrets, to the international, in the form of his thoughts on the future role of UN peacekeeping forces.

Mr. Akashi is a visiting professor at Ritsumeikan University, sharing his vast wealth of professional experience with students from the graduate school of International Relations over a number of years. He was awarded a Ph.D. for his book ‘An Agenda for Hope - The UN in a New Era’.

The College of International Relations:
http://www.ritsumei.ac.jp/ir/eng/ 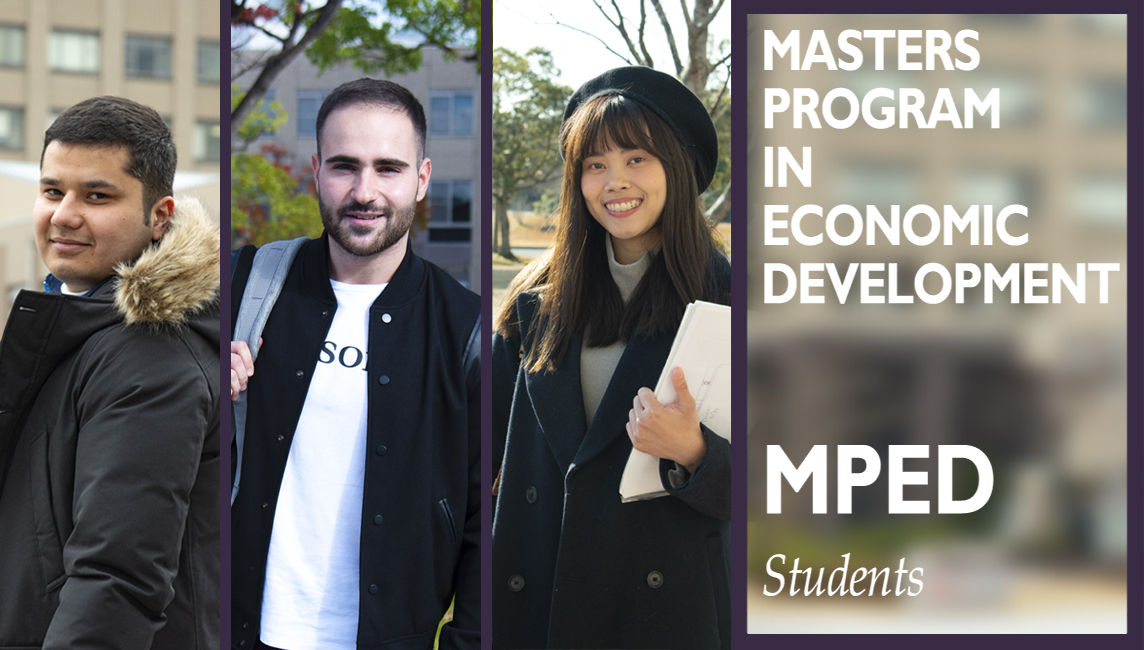 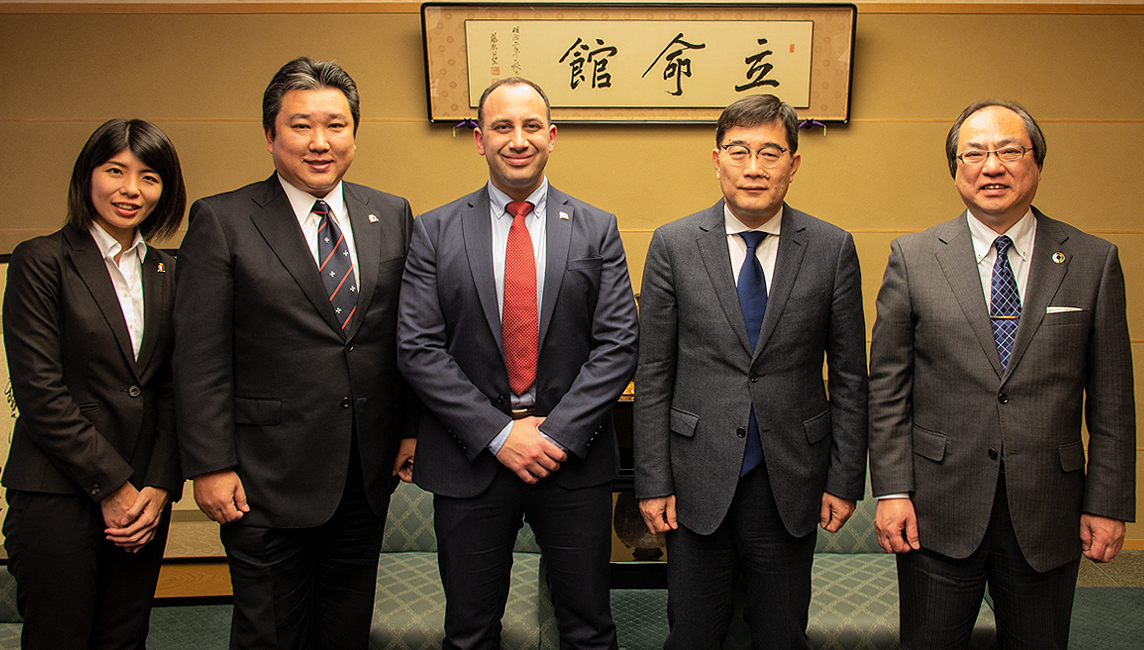 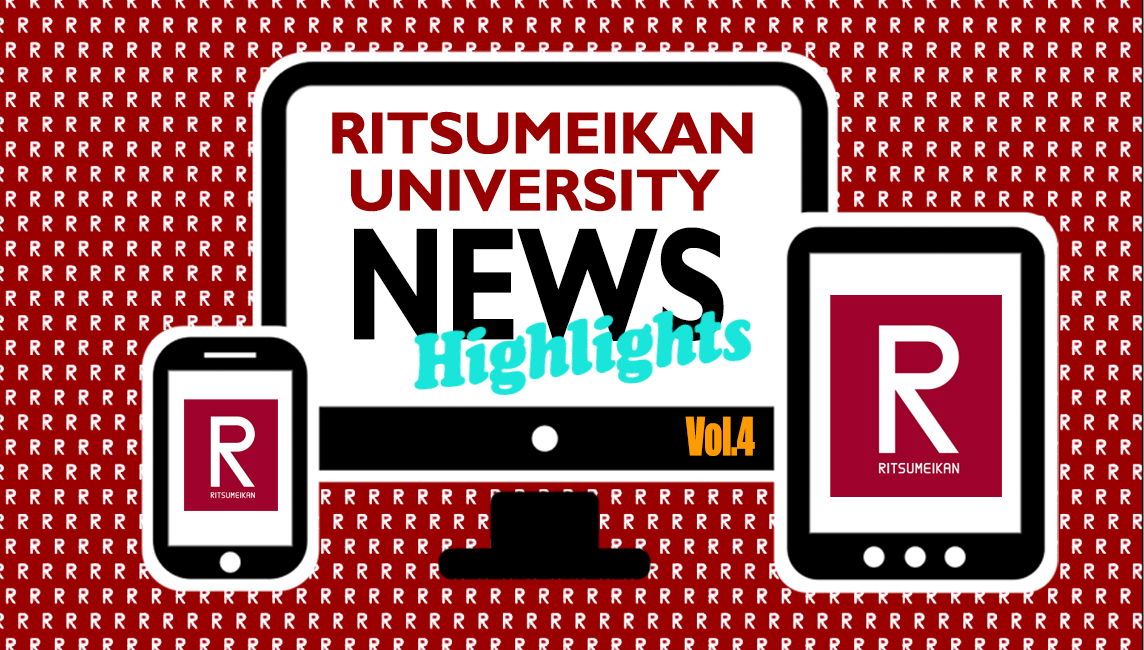