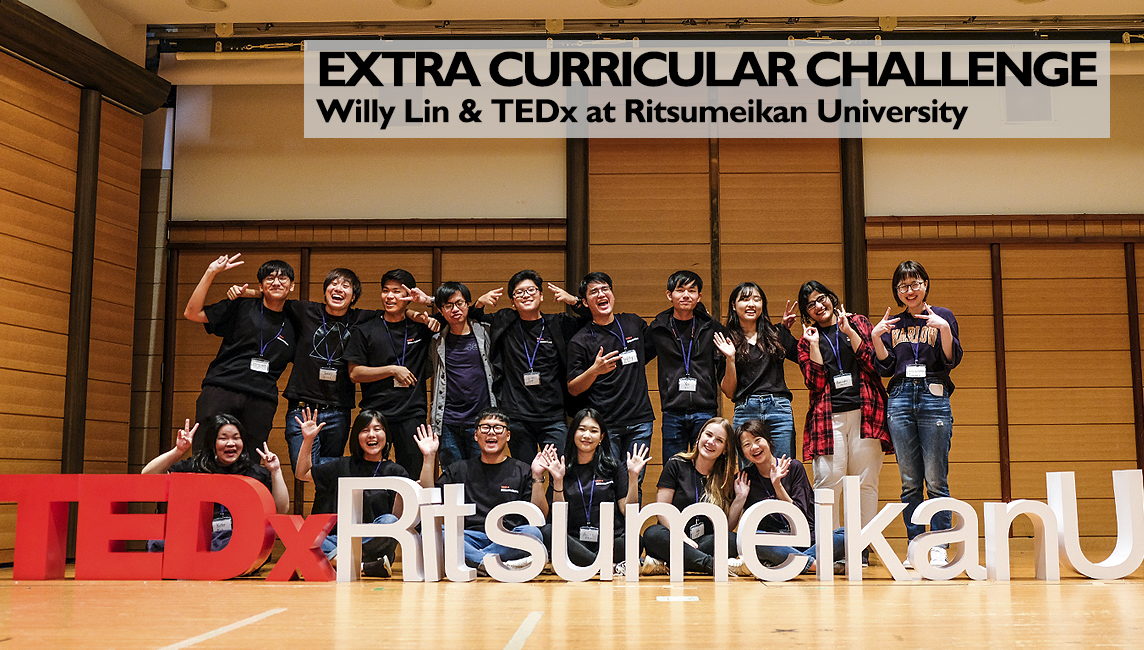 “TED (Ideas worth spreading) is a nonpartisan nonprofit devoted to spreading ideas, usually in the form of short, powerful talks.”

TED began in February 1984 in the form of a one-off conference that featured not only a demonstration of the very first Apple Macintosh Computer (now known as ‘Mac’), but also an eerily accurate talk by Nicholas Negroponte on the future of computer-human interaction and interfaces.

Roll on over thirty five years later and such has the popularity of TED, and its spin off TEDx (officially described as ‘a program of local, self-organized events that bring people together to share a TED-like experience’), become that it would be a difficult task to find a fresher anywhere in the world unaware of the concept of a TED, or indeed, a TEDx talk.

2018 marked the first year a TEDx event was held at Ritsumeikan University.

Enter stage left fourth year College of International Relations student Lin Kengwei, who, though exceptionally busy in his third year with studies and other responsibilities, took it bravely and boldly upon himself to bring TEDx to Ritsumeikan University for the very first time.

FROM THE SEED OF AN IDEA

Tell us about where the idea to put on a TEDx event at Ritsumeikan University, and not least your determination to make it happen, came from

Before I took on the challenge of studying abroad at Ritsumeikan University, I started a course at another university back home in Taiwan. I had the pleasure to meet a group of intellectual, positive people there in my first year, who, after I left to come to RU, started putting on TEDx events. It was something brand new for their university, so in a sense, they were pioneers.

To be honest, when I was with them in the first year I had no idea they could be so pro-active and forward thinking.

But, as they developed the events and gained more and more experience, I began to see positive development in them, real personal growth. So, in my first and second years the idea of TEDx became strongly linked to just that: personal growth and pushing boundaries.

At that point I took a leave of absence for a year to complete my national service back home in Taiwan.

It was a real wake up call for me. I met a lot of people, many of whom had lived unsettled and difficult lives, and I found the experience actually really very difficult, but it forced me to reflect on my life so far, and made me realize that I am blessed in so many ways. When I asked myself though, how much effort I have put in so far to make the most of the opportunities afforded to me, the answer was disappointing.

So, when I got back to Ritsumeikan University, spurred on by the experience to make the most of my privileged situation, I started to spread the idea of putting on a TEDx event and began reaching out to people.

How did you go about putting the event together?

To get started, there were quite a lot of resources available from TED on their website. The TEDx community, which I was able to enter after acquiring a TEDx license, was also very helpful and gave me access to a lot of information on how exactly to put on an event. It helped me form a clear vision in my mind about what the event team was going to look like, and, after a number of changes, in the end I settled ultimately on an events team split into the following teams: translation, speakers, sponsors and finance, public relations, university communication, and visual design and logistics.

In deciding team leaders, I insisted on face-to-face appointments wherever possible; and made it clear that I would only communicate with core members to make sure there was no miscommunication or misunderstanding.

The theme that was eventually accepted by TEDx for the event was ‘exploration’. With this the idea was to encourage people to step out of their comfort zones, push boundaries, and step into the unknown.

Based on this, the Speaker team then set about finding speakers - researching and interviewing candidates, before curating successful applicants once they were on board by brainstorming ideas, deciding topics, and revising scripts together.

Entrepreneurs were found via entrepreneur websites; I had a person in mind already to speak on a topic related to mental health; and for student speakers, I discussed with the Speaker and Public Relations team leaders about how we would recruit within the university. In the end we went with the idea of an open mic event, as a kind of audition, and also asked people to send in their resumes together with a 1-3 minute video.

It was a lot of effort, but we felt that it wouldn’t feel like a real Ritsumeikan University TEDx event if we didn’t have at least one student speaker from the university.

And if you were asked to sum up the event - including a concern or worry you overcame on the day?

For the event itself we put together a very detailed event flow, listing what time something should be done by, times and places for meetings, and so on, which turned out to be absolutely invaluable on the day.

The culmination of over a year’s preparation, we eventually had five speakers on the day, giving talks on themes as diverse as ‘Is external care important: Exploring the transformative power of Fashion’ to ‘Life is forever Exploring’.


Ironically the thing I was most anxious about was nothing to do with potential problems with speakers not being able to make it, or with a low audience count, it was actually the translation device. This was something we had to compromise on due to economic considerations and I realized it could only do so much technologically.

In fact, because we were not able to provide the interpreters with a separate, isolated area, there was a while where the translator’s voice was interfering with the speaker’s, but thankfully we were able to get around this problem relatively easily by stationing people with them and asking the translator to speak more quietly.

Thankfully, everything turned out fine in the end and the event was a great success. The audience was as full as it could be – close to 100; the speakers were all on time; there were no technical errors; and everything went unexpectedly well.

I was blessed to meet with and work with all the people who made it happen, and we succeeded in doing something wonderful, building something from absolutely nothing.

That we were able to achieve so much together is something I’m enormously proud of. 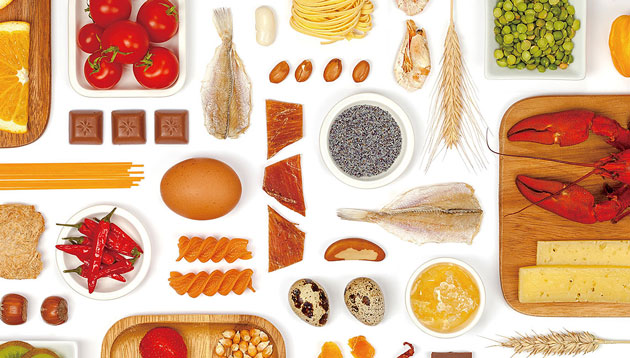