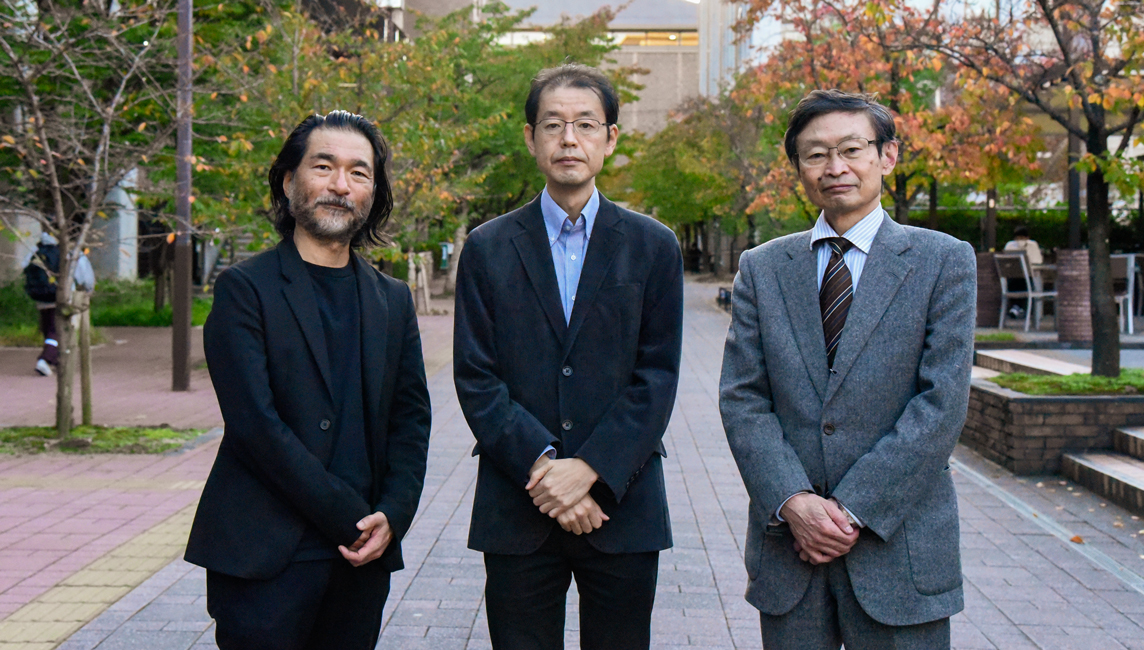 We can only perceive things using the cognitive framework that we have formed internally or through our daily lives and culture. At this point, the narrative should be “objective.” However, it was the German philosopher Husserl who argued that it is impossible to see things "objectively" (in the sense of seeing them from God's eye). First, we must take a look for ourselves. With this as a starting point, the meaning of the narrative at the beginning can be deeply understood. The study of phenomenology that Husserl founded created a major current of thought in the 20th century by criticizing objectivism, which was the mainstream in Europe at that time. It has since been developed in many fields, including sociology and psychiatry, and is still being studied around the world.

An important research center for the phenomenological movement in East Asia

Founded in 2009, the Research Center for Intercultural Phenomenology was Japan’s first research center in the field. According to Professor Tani, a worldwide phenomenological movement is what led to the Center’s establishment.

“The spread of phenomenology is best viewed as a ‘movement,’ not as a school or a set of principles. If principles and schools are those types of phenomena in which people follow an absolute leader, movements are those that people spontaneously join and spread when they are faced with pressing issues and are seeking a way to respond to them. Phenomenology has spread throughout the world in precisely this way, as a movement that is simultaneously propelled and expanded by people facing crises.

The Research Center for Intercultural Phenomenology is one of the research centers in East Asia that is part of a network for the phenomenological movement that has spread like a ripple among many people facing various problems.


Intercultural phenomenology: A discipline practiced in relation to others

What does "intercultural phenomenology," which is the focus of the Center, entail?

Husserl considered the late 19th century to be a time of "academic crisis," when objectivism spread and learning became rootless. He felt it was a time when thinkers had been left behind. Dr. Tani explained that Husserl's goal in distancing himself from scientism and reexamining the roots of all academic disciplines led him to focus on what it means for humans to live.

“Insomuch as philosophers and scientists are human beings, they live and go about their daily lives. No one can look at their own life from the outside, that is, from a third-party perspective or ‘God’s eye.’ Husserl believed that while an objectivist viewpoint is certainly necessary, we must not forget the premise that there is no such thing as a perfectly objective viewpoint. When people try to speak objectively, they inevitably leave out themselves as the person who is speaking.

Does our inability to go outside of our own ‘life’ mean that we are stuck in a shell and unable to relate to anyone else? On the contrary, Husserl believed that we live by incorporating the perspectives of others into ourselves. This is the basic idea behind phenomenology."

Within this framework that places "life" at the center, a scientific theory has also developed that considers the extent to which natural science can be valid. On the other hand, the phenomenological approach has also contributed to how we view our Eurocentric culture through the lens of our own lives. This raises the question of whether "interculturality” exists. Professor Tani explains.

“Just as we cannot see things from outside our own bodies when we perceive them, the cultural context of living in Japan, for example, is an important component of our lives. Therefore, the rapid spread of the European idea of culture throughout the world in the 20th century brought about pressing issues that shook the identities of people with non-European historical and cultural backgrounds. What is important here is what it means to ‘be’ when we are perceived as ‘being Japanese’ in our interactions with people from other cultures. Intercultural phenomenology aims to develop a perspective on how we are and how we should be historically and culturally in relation to others by allowing the researchers themselves to become involved in the research.”

It can be said that the basic stance of intercultural phenomenology is to consider the problems that arise in our relationships with others from different cultures, while intertwining who we are and how we are defined from the perspective of others. If we take this concept a little further, we start to deal with topics like our relationship with nature as “other” and wars caused by the conflict between cultures. Professor Tani explains. “War is the worst thing that can happen when we fail to build relationships with others. In order to prevent such things from happening, it is necessary to study both the past and future of how we relate to others."

All people exist in a state of constant change in relation to others. According to Professor Tani, the Center, which explores the various states of these kinds of such relationships, also engages with and influences people from other cultures in the network of the phenomenological movement.

For example, the Center has made its research findings widely available by publishing books and special features in the journal Gendai Shiso (Contemporary Thought), and it has focused efforts on exchanging knowledge by inviting prominent researchers from Japan and abroad to give lectures and join international symposiums. Dr. Kamei cites American intellectual historian Martin Jay as a particularly memorable encounter.

“I first became interested in Dr. Martin Jay when I heard Professor Tani give a lecture more than 15 years ago, and it took six of us, myself and five of my colleagues, to translate a book of his that had not yet been translated into Japanese. It was a major event when we were able to invite Dr. Jay to speak at a symposium to commemorate the publication of the translation of his book. Our interactions with Dr. Jay are closely related to one of the main research topics we have been working on at the Center, namely, vision and interculturality.”

In this way, the intercultural phenomenology that the Center aims to realize is a "movement of reciprocal knowledge" that combines practice and research.

Tackling a variety of topics based on researchers’ own experiences

What research topics particular does the Center handle? Compared to fields such as cultural anthropology and cultural studies, which also examine culture, phenomenology is characterized by a strong focus on everyday experience. For example, when researchers living in Kyoto think about contact with other cultures, it is important to start with their own experiences of how they interact with the foreign tourists they encounter on a daily basis.

Based on this, the Center has engaged in research on priority topics using five-year plans. The five topics addressed over the five years through AY2019 were Vision, Institutions, Economy, Ethics, and Religion. Dr. Kamei explains.

“In philosophy, vision has been considered inseparable from human rational activity, although it has been defined differently in different cultures. While vision has traditionally been central to Western philosophy, 20th century French philosophy is considered anti-visual. One of our topics entailed taking an intercultural view of vision based on these differences. What’s more, there are aspects of vision that function like the institutions that make up human culture. Therefore, we worked on capturing the interculturality of vision as an institution as well. Economy, that is, giving things to others or exchanging something for something else, is a basic human activity. We thought about what it means that exchanges and gifts are made between cultures. Ethics and religion are two of the major topics in the phenomenological movement, but we reexamined what can be said about these topics from the perspective of interculturality, which has been our focus all along.”

“One way to talk about art is from a historical perspective. Another way to talk about it is from a stylistic or technical perspective. You can also talk about it from an aesthetic perspective. Phenomenology is very much concerned with sensory experience, which is why it is one of the best fields of philosophy to deal with art. Using a phenomenological approach, I would like to explore what it means to experience art beyond the divisions made in terms of art history, such as East vs. West or classic vs. contemporary, and eventually I hope to include the differences between cultures, or interculturality, in the scope of my research,” explains Professor Kakuni.


Responding to the drastically changing global situation while also changing yourself

The COVID-19 pandemic has also had a major impact on the Center's initiatives. After being postponed, the Second East Asian Intercultural Phenomenology Conference, an international symposium organized jointly with Sun Yat-Sen University in China, was held online this February. “We have already decided to hold the next conference at Sun Yat-Sen University, so I would like to take some young researchers from Japan to participate in the proceedings and deepen mutual exchange with our Chinese counterparts,” says Professor Kami enthusiastically. Sending students and young researchers to overseas research institutions is another important role of the Center as a hub for research.

When we asked Professor Kamei about the future of the center, now in its 13th year, he replied, "The nature of the Center has continuously changed depending on its relationships with others. Therefore, I would like to maintain this stance of not attempting to make any decisions about the future. The fact that we were able to successfully hold our symposium, which had been postponed due to the pandemic, online is also a significant change for us, and I believe it is important to continue holding this event while keeping up with the ever-changing world.”

Professor Tani, on the other hand, touched on trends at overseas research centers and said that now is the time for intercultural phenomenology to play a role in the drastically changing global situation.
“The drastically changing world situation poses a serious challenge to us, as evidenced by the de facto suspension of activities at the Chinese University of Hong Kong, another hub for the phenomenological movement. While it is difficult to envision the future, there are still many issues that need to be addressed. We hope to somehow protect our Center’s function as one of the hubs in the network for the phenomenological movement, while ensuring that it fulfills its roles.” 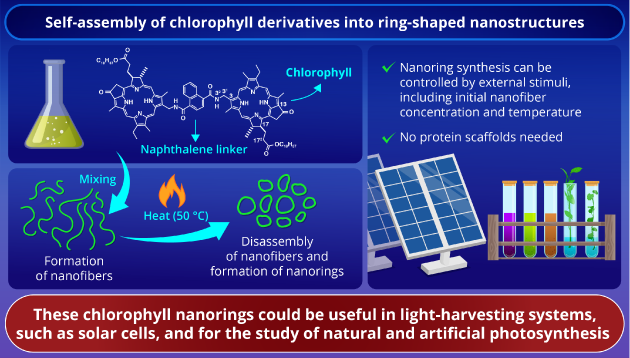 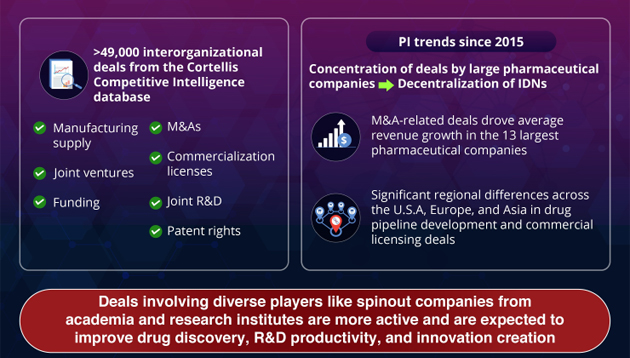 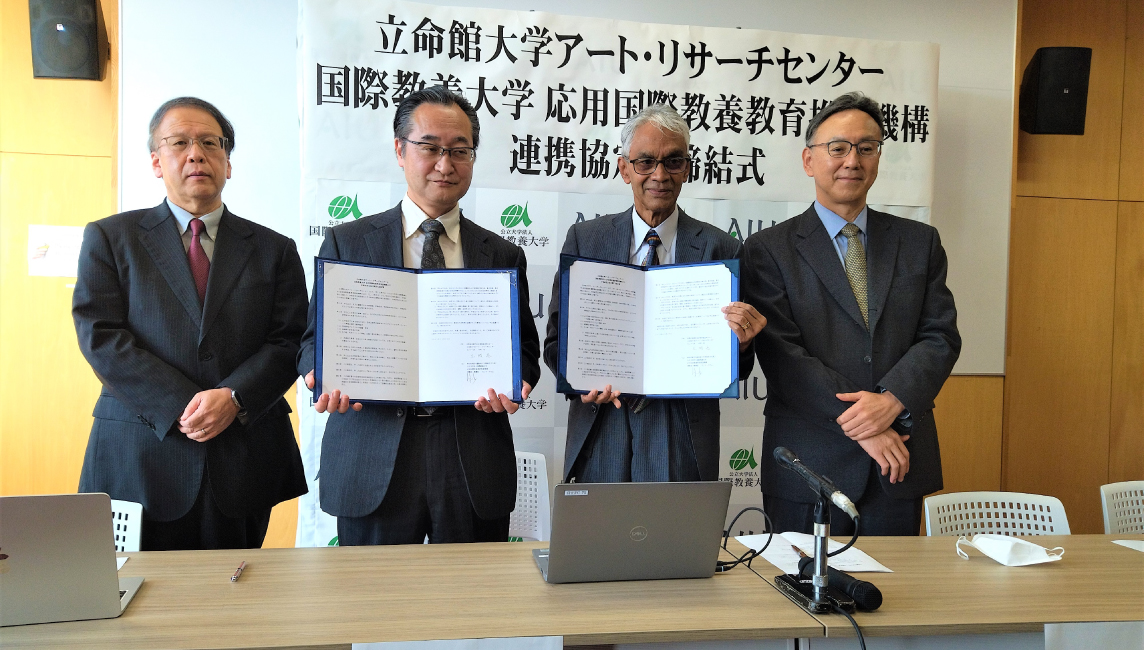